The International Union for Conservation of Nature (IUCN) is a membership union uniquely composed of both government and civil society organisations. It provides public, private and non-governmental organisations with the knowledge and tools that enable human progress, economic development and nature conservation to take place together.
In conjunction with Birdlife International they now class the Cassowary on their Red List is now of Least Concern. 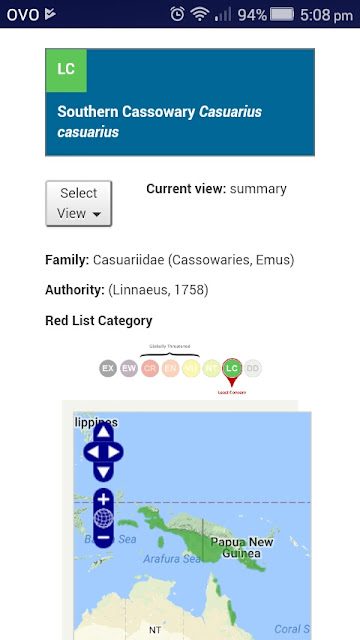 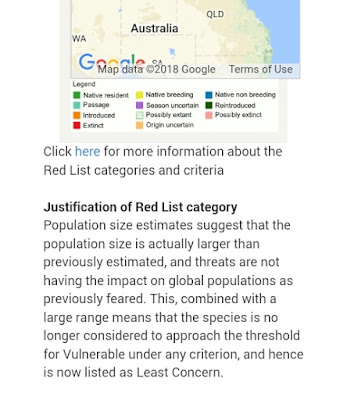 Posted by Chris Dahlberg at 5:02 AM No comments: 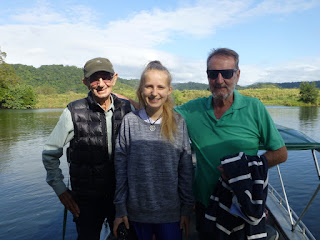 "Sauce", Anna Ferris Simpson and myself.

It has been eight months since I have been on the Daintree River at Dawn.

Denise and I have been away and are now back so I can help "Sauce" during the tourist season and more importantly the birdwatching season which starts in spring.

We had an English family along for the trip and the daughter Anna is a keen photographer. The trip yielded 34 wildlife species seen and a further 17 heard. Some of the highlights included two Saltwater Crocodile, both swimming, two Green Tree Snakes, Little, Forest and Azure Kingfishers and at the end, I thought we hit the jackpot with what looked like a Grey Falcon. Grey Falcons are rare and are usually found inland if they are ever seen at all. I certainly had never seen one and as it turns out I still haven't seen a Grey Falcon? 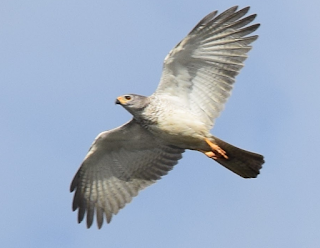 Anna's photo of the Grey Goshawk

There are plenty of indications that spring is upon us and the bird migration is underway; Brush Cuckoos and Brown-backed Honeyeaters have arrived and are busy calling. The migration will go on until November with the arrival of the Buff-breasted Paradise-Kingfishers and a little later Oriental Cuckoos.

I will be conducting a Daintree Bird Walk on Saturday 5 August 2017:

.
Posted by Chris Dahlberg at 5:29 AM No comments: 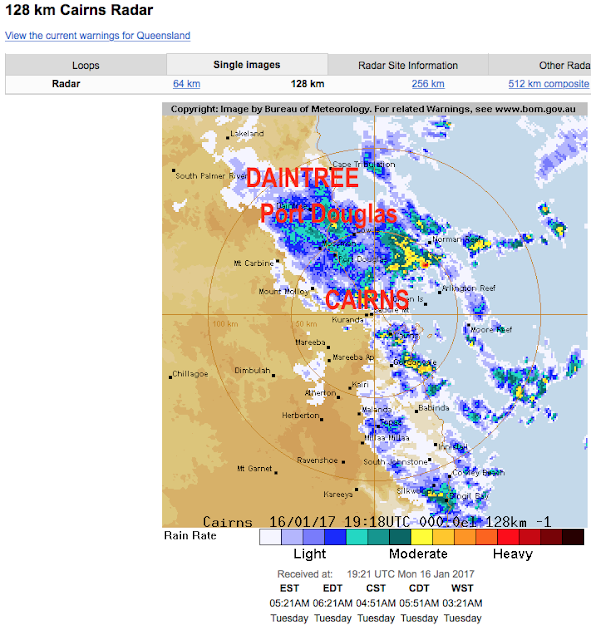 A little rain about? Keep an eye on it and stay out of trouble. Put this on your phone, tablet or PC:

Posted by Chris Dahlberg at 5:40 AM No comments: 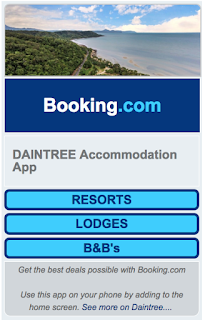 Hot off the press a new booking.com app for Daintree accommodation


Posted by Chris Dahlberg at 11:33 AM No comments: 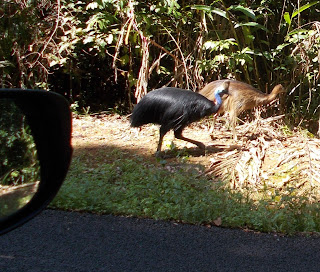 On the way to Cape Tribulation near the Maardja Botanical Walk my wife and I were talking about cassowary sightings. In 26 years of driving the Cape Trib road I was yet to see a cassowary. Five seconds later and two cassowaries crossed the road in front and walked calmly down the side.

It stopped the traffic.

How it all started - Daintree wildlife viewing.

Interested in how Daintree became famous for seeing wildlife.

This is worth a read:

Posted by Chris Dahlberg at 5:54 AM No comments:


Start your own tourism business with this wildlife viewing vessel that has just come on the market.
The reputation that Daintree has for seeing wildlife was established by wildlife viewing boats like this one.
Large enough to handle an eco-tourism group but small enough to access the more interesting parts of the Daintree River system. (This is where the 50 seaters cannot go because of their size and crippling speed restrictions.)
Rarely do these vessels come up for sale. They are a delight to drive and can be used privately and also used for filming nature documentaries for which the Daintree is famous.

Posted by Chris Dahlberg at 12:44 PM No comments:

Daintree Wild Zoo and B & B has a new responsive website:

Unlike other responsive websites in Daintree this one loads in a flash,  translates into different languages and has a shortcut icon for mobile screens.

The Spring migrants are rolling in. Channel-billed Cuckoo and Brush Cuckoo heard already.

.
Posted by Chris Dahlberg at 7:10 AM No comments: 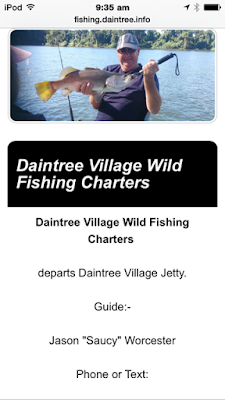 New kid on the block:

Posted by Chris Dahlberg at 9:51 AM No comments: